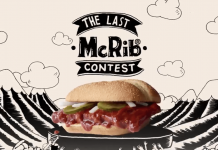 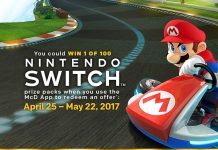 McDonald’s Is Launching A Nintendo Switch Giveaway On April 25th 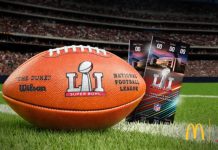 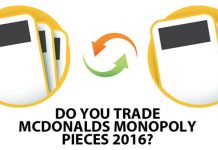 Do You Trade McDonalds Monopoly Pieces 2016? 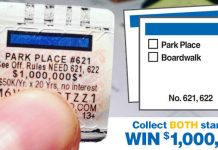 McDonalds Monopoly 2016: They Have Park Place And Want Boardwalk

This year, McDonald’s will be giving away 100 million food and cash prizes. Just like previous editions of the game, participants must get McDonalds Monopoly game pieces by purchasing participating food menu items or without purchase by mail.

Participants can collect Monopoly properties to win up to $1,000,000 in cash. That is if they can find the McDonalds Monopoly Rare Pieces such as Boardwalk (#622). They can also win thousands of food prizes and $50 cash in-restaurant or play online at PlayatMcD.com for a chance to win 1 of the 5 $50,000 cash prizes.

The odds of winning In-Restaurant Game are approximately 1 in 4, mostly food prizes. Open to U.S., D.C., Guam and Saipan residents at participating McDonald’s restaurants. Ends April 25, 2016. Subject to Official Rules found in restaurant or at PlayatMcD.com for restrictions, prizes and claim details.

About The Money Monopoly At McDonald’s TV Commercial