To trade McDonalds Monopoly Pieces 2016 or not to trade. That is the question! Some customers exchange rare pieces for years. Others are willing to do a common game piece swap only while many prefer not to trade at all.

According to PlayatMcD.com, over 4,000,000 prizes have been claimed so far. With new winners every day, you may be tempted to trade McDonalds Monopoly Pieces 2016 and join the winners circle. Or maybe not.

Winning the McDonalds Monopoly 2016 can be satisfying and rewarding.

It takes a lot of patience and luck.

Especially when you got every game pieces except the McDonalds Monopoly rare pieces.

You can be really close to winning big prizes.

And of course, many have Park Place and are desperately searching for Boardwalk.

We want to know if you exchange McDonalds Monopoly 2016 Game Pieces with other fans of the game to win prizes and split the money. So tell us: Do you trade McDonalds Monopoly Pieces 2016?

We want to hear from everyone. No matter if you are a McDonalds Monopoly Expert, a long-time participant or a beginner. Your answer might help us all.

We are also interested in hearing about trades you may have made in the past. Did it ended being a scam? Was that a success story. Share with us. 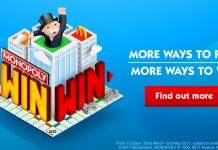 McDonalds Monopoly 2016: They Have Park Place And Want Boardwalk

Wheel Of Fortune Show You The World Collette Sweepstakes 2021

2021 Celebrity Wheel Of Fortune Giveaway Puzzle Of The Week Is…