“It’s a beautiful home, and we love it very much,” she says, “We had a hard time leaving it when we were in Asheville, but it would be really hard to uproot our children and our life.”

The 1,322 square foot bungalow has 2 bedrooms, 2 bathrooms and comes fully furnished and outfitted for the laid-back and artistic Asheville lifestyle. The highly stylized home located in the heart of historic West Asheville was designed by W2 Architects and completely remodeled by JAG Construction.

Crystal’s name was randomly drawn from more than 43 million entries. It’s a well-know fact that most of HGTV Home Giveaway winners have sold their prizes, largely because of the accompanying tax bills.

Would you buy the HGTV Urban Oasis 2015? Let us know in the comments below! 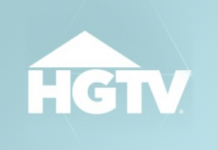 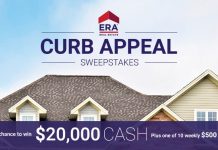 HGTV.com Brings The Curb Appeal Sweepstakes To Your Doorstep