Church’s Chicken fans now have thousands of new reasons to eat country’s best chicken and one of them is this Church’s Giveaway. During the Church’s and Fanta 2016 Promotion, chicken lovers are invited to visit their favorite Church’s Chicken location to purchase a small drink, medium drink or combo meal for a ‪#‎FantaFlavaCraze‬ cup code and a chance to win a Las Vegas Trip for four. It’s easy to play! Just enter your code at ChurchsGiveaway.com to get started.

Over 150,000 instant prizes are also available to be won, including wireless speakers, headphones and even Church’s Chicken for a year! That’s $266,850 worth of awesome prizes up for grabs and you could be the next winner.

It’s Easy To Play At ChurchsGiveaway.com

Between May 30 and July 31, specially-marked #FantaFlavaCraze cups will be available for distribution at participating Church’s Chicken restaurants in the United States. A unique code is printed on each cup and must be entered online to win. Additionally, free cup codes can be obtained via mail-in requests.

Starting on May 30th, customers who obtained a Church’s Giveaway code can visit www.ChurchsGiveaway.com to redeem their 10-digit code for a chance to win.

Alternatively, participants can also download the Church’s mobile app to their smartphones to enter the code via the App. Church’s is also giving the mobile app users the chance to earn Church’s Chicken Loyalty stars through the App.

The lucky grand prize winner will receive a trip package for 4 to Las Vegas, NV consisting of round trip coach-class air transportation for 4, 3-night hotel accommodations, and $2,000 in spending money. A grand prize valued at $8,000.

Throughout the Promotion Period, Church’s and Fanta will randomly award a total of 158,480 prizes such as “Be My Guest” gift cards, wireless speakers, headphones, Church’s branded merchandise, Fanta branded items, Church’s Chicken menu items and much more.

More About The Church’s and Fanta 2016 Promotion

The Church’s and Fanta 2016 Promotion is open only to legal residents of the 50 United States and the District of Columbia who are 18 years of age or older at the time of entry. The Promotion Period commences at 12:00 a.m. ET on May 30, 2016 and concludes at 11:59 p.m. ET on August 24, 2016. For Official Rules and complete details, visit www.ChurchsGiveaway.com. 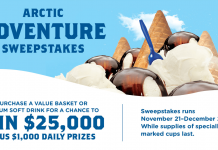 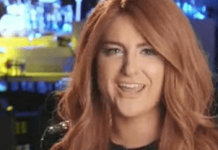 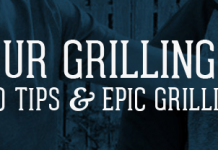 RufflesSummerGrilling.com: Grill Out & Chill Out Sweepstakes

HGTV Great Holiday Giveback Code Word Of The Day Is…