Roll Up The Rim To Win at RollUpTheRimToWin.com is an annual promotion running during the month of February at participating Tim Hortons locations in both Canada and the United States. Customers are invited to roll up the rim of their game cups to find out if they win a prize.

The first Roll Up The Rim To Win promotion was held in 1986 meaning that the promotion is celebrating its 30th anniversary this year.

How Roll Up The Rim To Win Works

Customers must roll up the rim to reveal a message printed on the Rim tab. The message can be either “PLEASE PLAY AGAIN” or one of the following “WIN” messages:

If the rim tab reveal a “WIN” message, customer win the prize indicated on the tab.

To play RRRoll Up Replay, entrants must visit RollUpTheRimToWin.com during the Promotion Period and register by providing the requested information, including their email address, full name, phone number, postal code, and birth date. Entrants must also select a password and agree to the official rules in order to complete the registration process. Early entrants receive 60,000 points towards Points Prizes and the Early Registration badge.

Commencing on February 3, 2016, entrants can go to RollUpTheRimToWin.com and log into their account to play RRRoll Up Replay by selecting a virtual game cup. Upon each game play, entrants can win an Instant Win Prize or collect badges and points to earn ballots for a chance to win exclusive prizes.

Tim Hortons Roll Up The Rim To Win Prizes

Customers and entrants can follow @TimHortons on Twitter (#RollUpTheRim) or visit Tim Hortons’ Facebook page for promotional posts about the Roll Up The Rim To Win promotion.

Watch the Tim Hortons Roll Up the Rim to Win 2016 TV Commercial here. 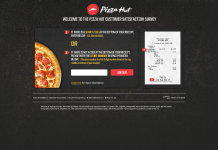 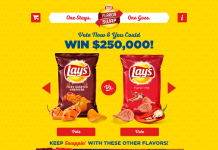 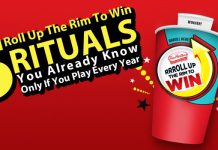