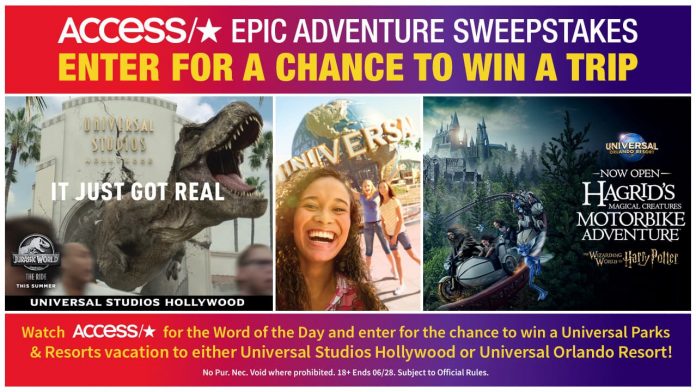 For your chance to win, watch Access all this week for the Word of the Day. You could win a Universal Parks & Resorts vacation to your choice of Universal Orlando Resort or Universal Studios Hollywood.

How To Enter The Access Hollywood Universal Studios Contest 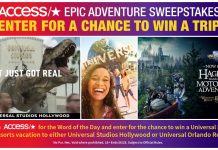 Two And A Half Men Word Of The Day Is…